Properly establishing the user experience of the mobile app can help to ensure users’ needs are met while getting the best use—and intended benefit—out of the investment. A successful enterprise mobile app is one with a robust user experience that’s built around these considerations. Below, we’ll uncover some real examples of what it looks like to move through the discovery process to develop the most useful mobile app for the enterprise.

The goal of the app is to equip users to perform their jobs more effectively and efficiently. To that end, ask who the user is as well as where and how they’ll use the app. The user’s role and job function impacts much of the scope of app features. A time management app, for example, would function differently for a supervisor than for a crew member. In this case, the user’s role allows administrative privileges like enhanced access to features or information—for example, the ability to approve time entries. 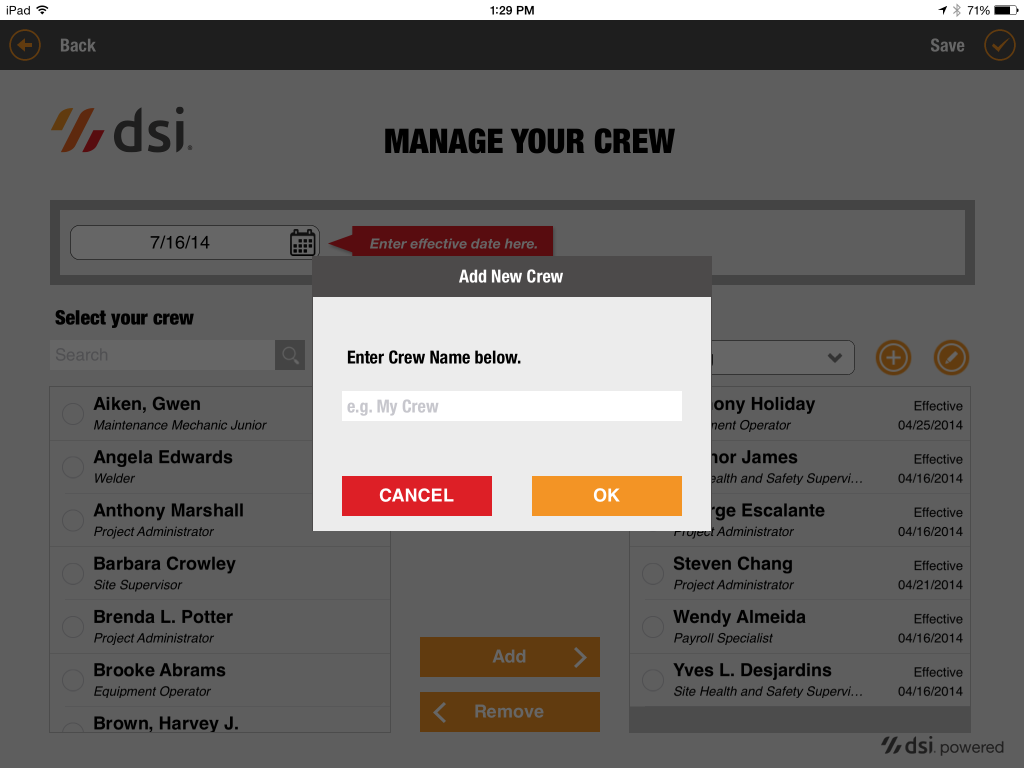 DSI’s Crew Management app for the tablet displays crew information for a supervisor’s use.

In fact, the user’s job role can define the app design and even the selection of the device. For instance, if Joe works in the warehouse, driving a forklift and moving boxes all day, he may not find much use in a relatively delicate smartphone—and a laptop is out of the question. The right device in his case would likely be a ruggedized tablet, or possibly a scanning device with a prompt-and-response UI.

Once you’ve selected the appropriate device for the users, consider how they’ll interact with it. Is the device on a stationary mount and thus available for use with both hands? Or is it hand held, meaning the user either has limited use of both hands (thumbs flying), or uses the device with one hand while holding it in the other? The answers to these questions should affect how you design the user interface so your team can easily access and input information.

Of course, there are other factors that define user roles. For instance, in what setting do they work? Is it a role that takes place primarily indoors or outdoors? Is the lighting dim or bright? The amount of light bouncing off the device display affects how color appears on an app (and thus how color should be used in app design). As anyone who’s tried to read an email outside at midday knows, content on mobile device screens is hard to see in bright lighting. While you’re at it, also consider accessibility issues, including sensory disabilities like colorblindness, which can similarly impact an app’s effectiveness. An effective app makes everyone’s job easier.

To illustrate what an app designed with features to meet the needs of its users looks like, consider an app we built to help drivers at a trucking company record their use of equipment. This company needed an application for drivers to check trucks in or out with each use. The drivers wore gloves and performed most of their work outdoors. Because the use of gloves on a touch screen requires a much larger hit point, the app design featured two large buttons (easy to see in daylight) so drivers could simply and easily hit “check in” or “check out.”

While you’re thinking about the best app for your team, remember that the form factor (smartphone, tablet, ruggedized handheld) you choose has a significant impact on the build of the app. For example, the same business function may be implemented in a much narrower and task-focused way for a smartphone, but may be delivered with more features and a different form of navigation on a tablet. Building between form factors may even require two different apps, but use a lot of the same business logic under the hood. 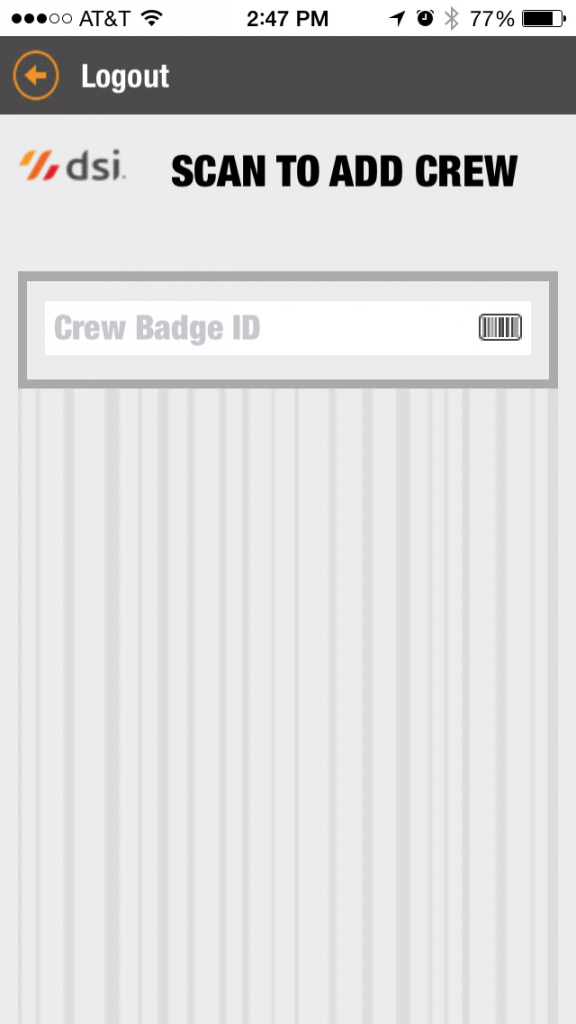 The primary difference between designing for a phone or tablet is at its most basic that one is a smaller form factor, and one is larger (you’re welcome for that blistering insight). It can also impact another difference: the usage patterns for each form factor. Tablets, for example, are best equipped to handle complex tasks requiring more information or interaction—and people are willing to spend more time on them. That’s because tablets have the real estate to support more data and more functionality. People use smartphones, on the other hand, much more frequently than they do tablets, though in much shorter bursts. As a result, smartphone apps tend to be focused on a limited number of specific tasks that can be accomplished quickly.

The differences in size and usage between form factors can dictate the type of content model to use in designing an app. Our crew management app, for example, leads the user through the work process differently on the phone versus the tablet. In the case of this app, a nested doll layout works well in its iPhone application. Pages are stacked so only the necessary information is displayed per screen and the sequence takes its users from invoice creation to signature capture through separate screens.

Nested doll designs should be used carefully and judiciously, however. Many users would rather not dig through multiple layers of an app to accomplish their tasks. A design that requires nesting screens more than two levels deep may mean that the app’s scope is too large for the smartphone form factor. That’s where user testing comes in: test your app to make sure users will actually navigate through the nested layers, or if they will simply wait until they have access to a tablet or PC.

And if your team does prefer to work on a tablet? With the extra space afforded in the tablet version of the same crew management app, the design uses the hub and spoke content model approach. In this content model, the user can select an item and that same screen changes, displaying new information because there’s room to do that without overwhelming the user. (And these are just two of many forms of information architecture on mobile devices.) 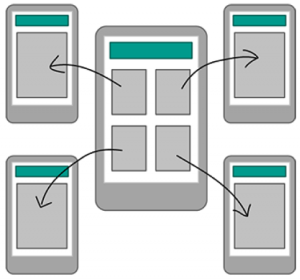 An app that’s just right for your users is one that plays to the strengths of the device while helping your team meet their business objectives. In building a mobile app for a wine maker in Australia, a DSI client considered user preference, the job, the location and the device to come up with the best app for their employees in the field. To equip users who travel to vineyards in triple-digit weather to assess vines and capture that information, a primary concern was moving users through the work process quickly for their comfort and well being (it’s hot out there!). As such, a smartphone was too small to move quickly through the number of data entry points. Conversely, a full size tablet was too large to lug around between the vines. Based on user preference, the company opted for the iPad mini, which proved just the right size for the job.

Size isn’t the only thing that matters, however. The purpose of the app is crucial to determining which device to choose. Restaurant ordering apps for diners to place orders, pay or play games while waiting for their meal are becoming more common. Based on this use case, the form factor of choice would be a tablet. Why? Because they’re big enough to attractively display interactive features, they can be made available at each table, handle wear and tear and they can be mounted to prevent theft. Some customers might be willing to download a mobile app on their phone—but the adoption rate may be higher if it’s available at every table, regardless of what device a diner has. In this very specific use case, the tablet is the clear winner.

What’s your experience been in building an app to meet your business goals? We’d love to hear from you.